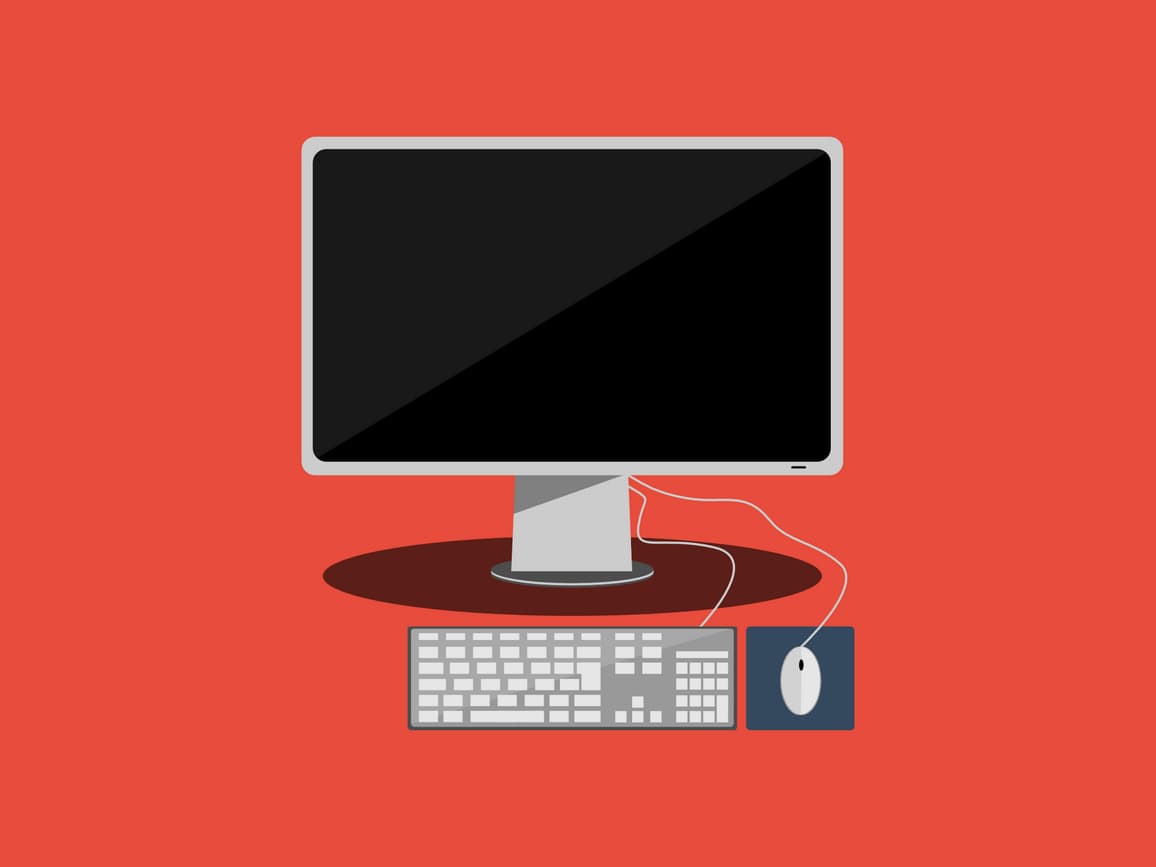 How to Fix a PC That Turns On but Displays Nothing

Many people experience a particularly frustrating issue. The computer turns on, you can see the lights and hear the fans, yet something’s wrong. The display shows nothing. What could cause this?

There are lots of reasons for this problem and in the following guide we’ll be taking a look at each of them and see what are the best solutions. This troubleshooting guide is built with the assumption that your computer seems to be working. The screen is completely blank, no helpful information is shown on it. Without any other introductions, let’s try to figure out the reason why the computer turns on but doesn’t display anything.

Before you start worrying about having a broken computer, and what complicated steps you’ll need to go through, test the monitor to see if that is actually the cause. It’s very likely that your computer has no problems and the real issue is the monitor.

Testing the monitor isn’t very difficult and shouldn’t take longer than a few minutes (in most cases). Here are the steps to follow if you want to make sure that your monitor is faulty or not.

5. Find out why the PC doesn’t provide information to the monitor

Is your computer coming from a fully turned-off state? This is something you will need to determine with absolute certainty. There could be problems with it not managing to resume a Sleep or Hibernate state. To see that your PC has fully power cycled, just turn it completely off by holding the power button for a few seconds. If it isn’t booting normally now, try the next step.

Are you hearing a beep sound from the inside of the computer when it turns on? That’s actually a very helpful sign because the beep code can be analyzed to understand what’s causing problems. The beeping happens when there’s no way to display the error on the screen. The most typical issue when you hear the beeping is with your motherboard so you should definitely look into that more closely. Troubleshooting the exact beep code can be difficult, and it’s most likely not something you can repair on your own. But if you hear it, it definitely means you should get the computer checked with a professional.

One solution to try is to get back to the factory BIOS settings on the motherboard. Perhaps a misconfiguration in the BIOS represents the cause of the issue you’re experiencing as the PC can’t fully start up. To do this you simply need to access the BIOS setup utility.

Somewhere in there, you should find a ‘Reset BIOS settings’ option. You won’t find the option phrased exactly like that as motherboard BIOS menus can be different. Still, you can usually orientate in the utility you’re using by checking the typical places such as the bottom of the screen or the final options if there’s a list of settings to browse through.

If your voltage switch from the power supply is set incorrectly, the computer might fail to power on, and in some cases, it can start up, but not completely. Check to see if this switch is set according to your country for the correct voltage.

Sometimes you need to put in some more effort to figure out what’s wrong with your computer. Reseating is one option to try which has great fixing potential, but the downside is that you need to pretty much reseat all the components of the PC. Reseating is a basic process though, it simply means to detach something and then attach it back on. Let’s see which are the most important computer parts to reseat. Try these out to see if your issue disappears.

6. Check to see that everything is properly connected

12. Place the memory back in

16. Take out the retaining screw

Electrical shorts could be a possible cause for the computer being prevented from booting fully or displaying anything. An electrical short inside the computer can also cause other problems such as the computer shutting down by itself. There are two steps here to try and we’ll look at each other in greater detail.

2. Look for exposed metal in cables and wires

The next troubleshooting step in our guide is to see whether the power supply in your computer works as expected. Even though the computer appears to be working as you hear fans and see the lights, there’s still a possibility of the PSU functioning incorrectly.

When trying to figure out why a computer doesn’t work like it should, the power supply unit should definitely take priority during a troubleshooting process. That’s because it’s a piece of hardware that, on average, tends to create the most problems when your computer is malfunctioning.

There are different methods you can use for testing the PSU in a computer and the most effective ones are by using a multimeter or a power supply tester. Each of these come with some advantages and disadvantages, so read on to figure out which one would work best for you.

Method 1 – Manual test with a multimeter

These are the best methods for testing your power supply. So what happens if your PSU fails a test? It’s not recommended to try and fix it. The best solution is to get a replacement. If it’s not working right, you’re doing yourself a disservice by keeping it.

Finally, it’s strongly recommended to consider doing this step. Don’t skip on testing the PSU because anything less than optimal functionality can have disastrous effects for your computer.

Power-On-Self-Test cards are diagnostic tools that can help you determine what’s wrong with a computer during startup. As its name implies, the POST card is used for hardware testing and discovers some errors known as POST codes. These errors can prove helpful to pinpoint the cause with precision whether it’s the hard drive, memory, or something else.

Using a POST card is recommended if your computer still isn’t displaying anything on the screen even if you remove non-essential hardware from it. In other words, it will tell which of the remaining components is the culprit.

If you have identical or equivalent hardware parts, you can try replacing the components in your computer with them. The process is done in a ‘one at a time’ style to figure out where the problem is. You will need to go through a test after every replacement. This step would only be helpful if you happen to have working spare PC parts. That’s obviously not always the case, so perhaps a less expensive approach would be to use the POST card discussed in the previous step to do hardware testing.

If the cause can’t be determined and fixed even after following all the steps in this troubleshooting guide, then you’re probably better off by looking for a professional at a computer repair service. Another thing worth trying would be to see what the technical support from the PC’s manufacturer can do. Of course, if the computer is custom built, your only option is to find a professional.

Speaking of custom built computers, if you’ve just finished assembling the PC and stumbled upon this issue, then a strong recommendation would be to check the configuration once again. Do the verification multiple times just to be absolutely sure. Hopefully, there’s just a configuration problem and there’s nothing wrong with the actual hardware.

Did you find our article helpful? Then you might also be interested in our articles about How to Fix a Blue Screen of Death and How to Take a Screenshot on a PC.