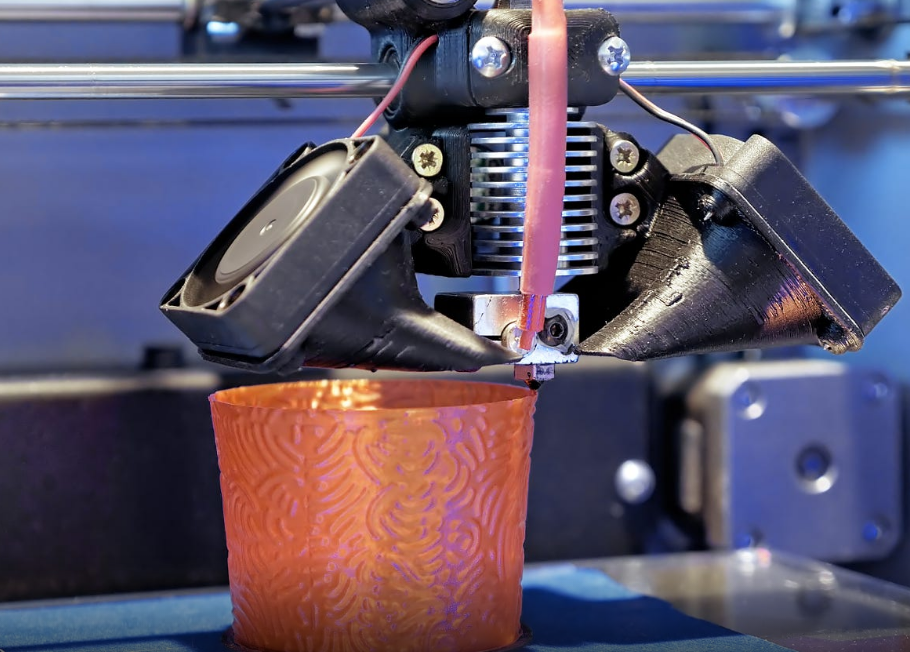 What do you actually need to know about 3D printing, and is it worth it?

Building real objects from scratch is now possible as we are living in the era of 3D printers. In the last few years, 3D printing has piqued considerable interest across the tech space. The mainstream has fully embraced these amazing machines. They can be found at retailers such as Best Buy, Home Depot, and Staples and a few online outlets. Acquired by lots of small business and schools but also by designers, engineers and many enthusiastic people about this fancy technology, it’s very clear that 3D printing is now more popular than ever. In this article, I will try to outline the basic things you need to know about 3D printing, hopefully without getting too technical.

What is 3D printing?

You probably have a basic idea of what 3D printing is, simply put is the process to transform raw material into something resembling an actual object. Starting out from zero means that this process is additive. A 3D printer gradually adds layers onto a platform being directed by a file which contains the instructions for the particular model designed. This method represents the most frequently found desktop printer type on the market. There are others too but the main idea remains the same. Employing a wide range of materials, 3D printers all have the ability to mold a three-dimensional object from a digital file containing the data, into a real item.

Is 3D Printing Even Printing?

This is a good question because technically speaking, the official definition of printing refers to the production of printed matter like publications or photographs and using the method of applied pressure by means of impression. 3D printing doesn’t really fit this definition but despite that, it should still be considered as such. If we imagine the usual printing as applying solid ink – basically a layer of material, then it’s simply a problem of perspective. What 3D printing has achieved is an outgrowth of traditional printing. It greatly extended the height of that layer by depositing multiple ones. When looked at this notion from this angle I think it makes sense to expand the definition of printing to contain the fabrication of 3D objects.

What’s the history of 3D printing?

When people think of 3D printing they are assuming that it’s some ’futuristic’ concept but in reality, it has been around for quite some time, for more than 30 years in fact. The first 3D printing process was invented in 1983 by Chuck Hull and it was called ’stereolithography’. After realizing the potential of his technique, Hull founded a company called ’3D Systems’ and built the foundations of what presently we know as 3D printing. Since then, there have been advances in the technology and nowadays they are experiencing a massive surge in popularity.

What Are the Benefits of 3D Printing?

Among the uses of 3D printing, we can count the rapid prototyping, the ability to turn 3D concept models into real objects quickly. This is helpful because it’s much easier to analyze the object and implement changes in design. This technology looks promising because it completely reshapes the nature of manufacturing. Sometime in the future, it could be possible to even download a file to print a very complex object like an electronic device directly at home.

What Can 3D Printers Make?

3D printers can quickly create models and prototypes but let’s see how well they can manage when we consider final products. Their versatility allows for the creation of numerous objects such as shoe designs, tools, furniture, gifts, toys, tripods, and many others. With the help of powerful industrial 3D printers, the automotive and aviation industries can fabricate tough components according to precise measurements. It is also a very useful technology for artists and designers or architects. They can make sculptures or models for their projects. Some uses exist for physicians and medical technicians, as they are able to manufacture artificial teeth and bone grafts or hearing aids as well as create models of organs and other structures in preparation for surgery. The expansion of 3D printing in lots of fields is proof of the great benefits it provides. But that’s not all. 3D printers are starting to get popular in some unexpected fields like gastronomy for example. Using a special open source printer, a famous institute managed to prepare some creative delicacies. In principle, it works like any other 3D printer but it applies items like cheese, chocolate or icing in liquid or paste form. NASA researched the potential for 3D printing foods like pizza and soon enough the consumer market could be populated by these so called 3D food printers.

What Are 3D Printing Services?

Some people are not that excited about owning a 3D printer because they wouldn’t use them as often. Spending some serious money just for an occasional print doesn’t seem like a good deal. Thankfully, 3D printing services are starting to reach that gap in the market for those who are simply looking to print an object in a fast and convenient way. These services take care of your request in a swift manner by printing the submitted user file (or a chosen one from an online catalog) and then delivering the finished object to you like any other shipment.

What Software Do I Need for 3D Printing?

Lots of CAD software like Blender and AutoCAD allow you to design the models you need to print. But if you aren’t necessarily interested in doing this job yourself there are databases for 3D objects which you can download and have them printed. A good resource is Makerbot’s Thingiverse which offers a great selection of files for 3D printing enthusiasts. For all your other software needs, the manufacturers of 3D printers are known to provide complete packages of the essential programs in most cases.

What Does the Future Hold for 3D Printing?

It’s hard to guess what the future has in store for 3D printers but considering the flourishing market for desktop printers right now the chances are for this trend to continue. It wouldn’t be so far-fetched to imagine a world where these wonderful machines become commonplace in houses in all sorts of places from studios, home offices, workbenches, and kitchens. Maybe not everyone is excited to jump on the 3D printing bandwagon but surely the future is bright for this technology because for lots of professionals and hobbyists it will become indispensable to their work no matter the nature of it.

5 thoughts on “What do you need to know about 3D printing?”